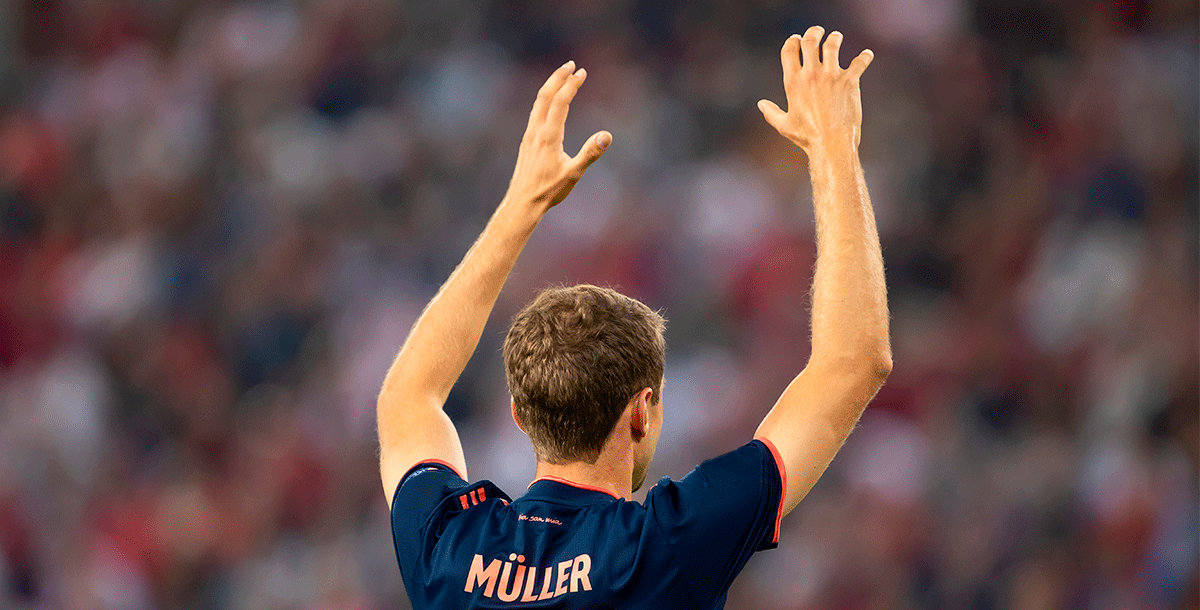 The 2019/20 Bundesliga campaign saw a number of football players finish with a plethora of assists to their name, however one man managed to make more assists than any other player in the german first division and by some distance.

Considering Bayern Munich managed to race to the title once again last season, it perhaps is not a surprise that Thomas Müller finished as the leading assist maker for the Bundesliga campaign. The experienced former Germany international proved hugely effective in the final third of the pitch for his team-mates, as he managed to assist them with 21 goals. The veteran footballer also managed to score on 8 occasions, as well, thus proving to be a real thorn for Bundesliga defences.

Borussia Dortmund’s Jadon Sancho finished second in the assists leaderboard for the number of assists provided, as he produced 17 assists for his BVB team-mates, whilst his Black and Yellow colleague, Thorgan Hazard and RB Leipzig’s Christopher Nkunku both finished in joint-third with 13 assists each.

Predictions For Bundesliga Top Assistant In 20/21

All four football players remain in the Bundesliga for the 2020/21 campaign and will likely be in the running once again in providing the most assists throughout the german football league, but who can be expected to take the top three spots for the current season?

Müller will likely be one of the favourites yet again to be crowned the player with the most assists of the Bundesliga. The 31-year-old footballer may have fallen out of favour at Bayern in the past, however he has shown just how crucial he is to Hans-Dieter Flick’s side in more recent times.

With Bayern Munich going for their ninth-consecutive Bundesliga title this season, the experienced footballer has already started off at lightning pace. In five appearances so far in the competition (prior to Die Roten’s match with 1.FC Koln), the former Germany international already has 4 assists.

Those four contributions came in the club’s first four Bundesliga matches of the campaign, with his outing against Eintracht Frankfurt being the only one where he was not productive – despite his side winning 5-0.

There is, arguably, no individual in the Bundesliga as consistent as Müller when it comes down to providing assists for his football team-mates, either. The 31-year-old has reached double figures in every season in 11 full campaigns he has featured in and looks well on the way to make it 11-out-of-12 in the 2020/21 edition of the Bundesliga.

Sancho will likely appear near the top of the assists charts once again as well, although it has been a slow start for the England international. Whether the continual speculation about a move to Manchester United and then the subsequent failed move has played a role remains to be seen, but the youngster does already have 2 assists so far (prior to their match with Arminia Bielefeld).

The 20-year-old football player has an incredible record in the Bundesliga for the BVB since arriving at the Signal Iduna Park Stadion and has managed to produce campaigns of four assists in 12 matches (17/18), 17 in 34 (18/19) and then 17 in 32 last season.

One name that is relatively new to the Bundesliga scene is Dani Olmo. The Spaniard joined RB Leipzig from Dinamo Zagreb last winter and made a steady start to life in Germany in the second half of the previous campaign.

However, the young winger certainly appears to have found his feet in Leipzig with Julian Nagelsmann at the helm as he has had a fast start to the 2020/21 Bundesliga campaign in regards to providing his team-mates with assists.

The 22-year-old, who is a former La Masia academy graduate, may have only had 1 assist in his 12 matches in the previous season, however he has since provided 4 assists in his first 5 games of the Bundesliga 20/21 (prior to their fixture with Borussia Monchengladbach). There will be questions about how consistent he can be, but for a young football talent, Olmo looks an exciting prospect and one that can create danger in the final third of the pitch for RB Leipzig.
Keep track of the Bundesliga’s top assistant clash in the 20/21 season right here at BundesligaSport and get up to date with all german football matters.