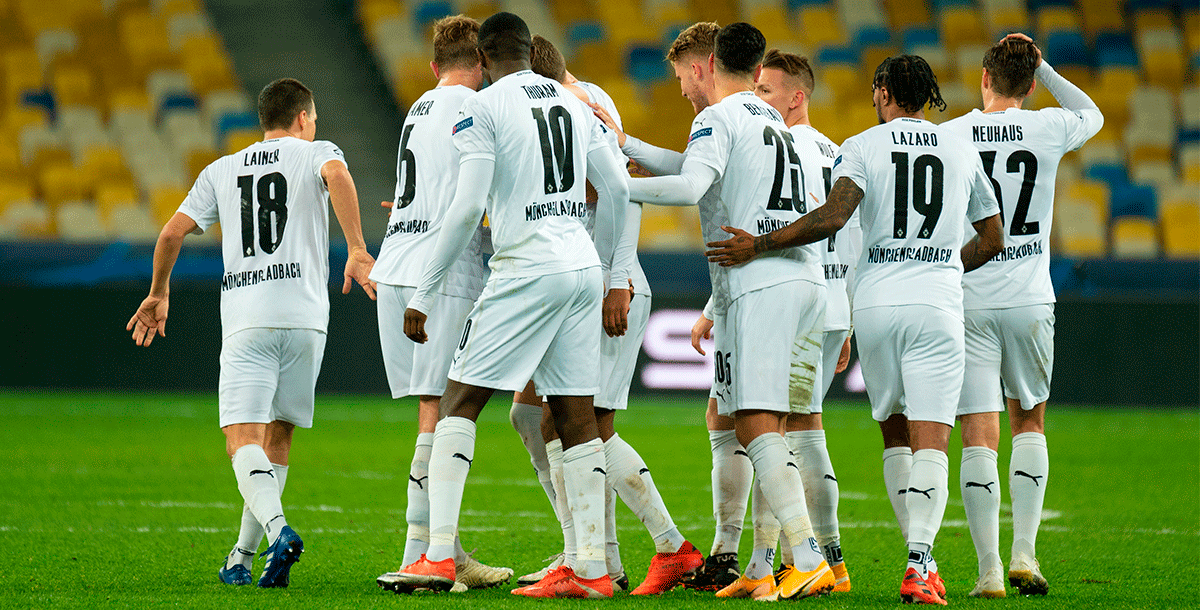 With the first phase of Europe’s biggest football club competitions having been completed, now appears to be an opportune time to look at how the Bundesliga clubs that are representing Germany are performing in the 20/21 UEFA Champions League and the 20/21 UEFA Europa League.

Indeed, the Bundesliga is not short of representatives, with no fewer than six german football teams having competed in the group stages of each of the respective UEFA competitions.

Each of the german football teams mentioned actually all qualified for the next stage of the tournaments they are in, as well, thus providing the country of Germany with a great chance of being able to crown a winner (or two) in UEFA competitions!

As mentioned, Bayern Munich, Borussia Monchengladbach, Borussia Dortmund and RB Leipzig are the Bundesliga football teams that have all managed to qualify for the knockout phase of the 20/21 UEFA Champions League.

Bayern Munich managed to ease through Group A of the UCL 20/21 as they managed to overcome challenges from Atlético Madrid, FC Red Bull Salzburg and Lokomotiv Moscow and went without defeat as they looked to defend their UEFA football title.

Borussia Mönchengladbach, though, had a bit of a tougher route to the second round of the european football competition, however it can be argued to have been incredibly impressive. The Bundesliga team would not have been expected to have got through Group B when they were drawn with Real Madrid and Inter Milan, whilst Ukrainian outfit Shakhtar Donetsk would have proven a difficult test as well. Nonetheless, a number of impressive results and performances by Alassane Pléa meant they would progress from the final matchday of the UEFA Champions League 20/21.

Borussia Dortmund managed to qualify with relative ease from Group F as they topped the standings that included SS Lazio, Club Brugge and FK Zenit. However, their next match in the 20/21 UEFA Champions League will see a new man at the helm of the club as Lucien Favre has since been sacked after a number of poor performances in the German 1. Bundesliga.

RB Leipzig, just like Borussia Monchengladbach, left things a little late in Group H of the UCL 20/21, but managed to sneak into the knockout stages after the german football team managed to beat Manchester United to qualify. It was no easy group with the English giants and Paris Saint-Germain, however Julian Nagelsmann’s team will feel confident with whoever they get next in the draw of the UEFA football competition.

However, Borussia Mönchengladbach and RB Leipzig both have very low chances of reaching the UCL 20/21 Quarter Finals as Borussia will clash against Manchester City whilst RB Leipzig will face Liverpool.

There are only two German football teams in the 20/21 UEL Group Stages this season, however both Bayer Leverkusen and TSG Hoffenheim managed to do the country’s football proud as both topped their respective 20/21 Europa League groups.

Leverkusen won Group C that consisted of SK Slavia Prague, Hapoel Be’er Sheva and OGC Nice and only lost one game in the process, whilst managing to score an impressive 21 goals over the six matchdays.

TSG Hoffenheim went unbeaten in Group L as they managed to win five of their six matches that came against FK Crvena Zvezda, FC Slovan Liberec and K.A.A. Gent. Like Leverkusen, they proved to be prolific in goal as they hit 17 goals, but more impressively, they only conceded two goals in those six fixtures.

Both 1. Bundesliga teams were seeded for the 20/21 UEL round of 32 draw and the chances of the german football teams to reach 20/21 UEFA Europa League round of 16 are very highas Bayer Leverkusen will play against BSC Young Boys, whilst TSG Hoffenheim will face Molde FK.