How Many 1. Bundesliga Teams Can Qualify For Europa League 2021 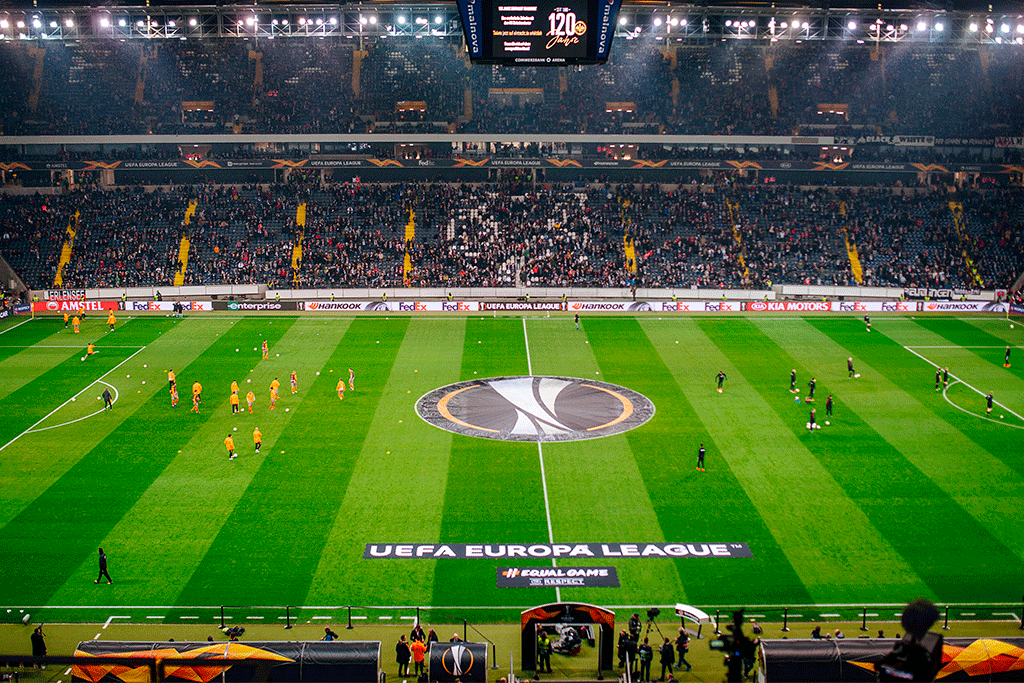 For some football teams in the German Bundesliga, qualifying for the UEFA Champions League can be a bridge just too far to make, whilst qualifying for continental football can also be considered a huge achievement for some of the other sides to feature in the top-flight each season.

What Positions Qualify For UEL?

The Europa League, which is the second elite football club competition that teams can compete in with matches played on Thursday evenings, is available to sides who finish in positions fifth, sixth and seventh, with the football clubs all entering the tournament at different stages.

Teams that have finished in fifth and sixth are provided with direct access to the group stages of the tournament, whilst the club to finish seventh will have to face the arduous slog that is the qualifying rounds of the Europa League, something that can add a multitude of matches an already hectic schedule of fixtures prior to the domestic campaign actually starting.

Which Bundesliga Teams Are Going To Play In The 20/21 Edition Of The Europa League?

Germany will be represented by Bayer Leverkusen, a side who just missed out on qualification for the Champions League; TSG 1899 Hoffenheim and Wolfsburg, with the latter of the duo requiring the qualifying rounds in the 2020/21 Europa League after Hoffenheim were granted a pace in the group stages ater Bayern Munich’s DFB-Pokal win.

With those three teams being involved within the UEL, there is every chance that the trophy could be coming back with them, although they will have to be at their very best to beat opponents from England, Spain and Italy amongst many others determined to put on solid showings on Thursday nights.

As mentioned, Leverkusen had only just missed out on a place in the Champions League, as they dropped points at crucial moments following the restart of the Bundesliga campaign.

Die #Werkself ended the season on 63 points, whereas Borussia Mönchengladbach, who finished in fourth, ended up with 65 as they managed to win their final match of the season against Hertha BSC – a side Bayer Leverkusen slipped up against in the penultimate matchweek.

TSG 1899 Hoffenheim managed to switch places with Wolfsburg following the conclusion of the final games, as they stunned Borussia Dortmund with a 4-0 victory at the Signal Iduna Park Stadium when Andrej Kramaric netted all four goals. Wolfsburg had to make do with a 0-4 defeat of their own, though, against title winners Bayern Munich at home.

What Chances Have Bundesliga Teams Of Winning The UEL?

The 2020/21 Europa League competition could be a good tournament for German teams, though, as all three have had some experience of playing in it, with two of the trio having all been involved in the latest edition of the spectacle.

Bayer Leverkusen were knocked out of the Champions League group stage and as a result of finishing third in a group that involved Juventus, Atletico Madrid and Lokomotiv Moscow, they entered the knock-out stages of the Europa League.

Die Werkself have beaten Rangers in both legs of the Europa League Round of 16 having recorded a 1-3 victory at Ibrox before lockdowns were ordered and 1-0 in the second leg at home. In the quarter finals the pharmacists will face Inter Milan and in case of success they might have a clash with Manchester United at the semi-finals

Wolfsburg are outside of the competition, after going through a group with K.A.A. Gent, AS Saint-Etienne and FC Oleksandriya.

The Bundesliga team were beaten at home 1-2 by Ukrainian giants Shakhtar Donetsk, and incredibly let their chances escape through their hands in the final minutes of the second leg being defeated by 3-0.

TSG 1899 Hoffenheim did not play in European competitions as part of their 2019/20 schedule, however they have recent experience of playing in the Champions League (2018/19) and the Europa League (2017/18), therefore they could be set-up well to mount an assault for the title next season.

Previous Success By German Teams In The Europa League

There have been a number of football teams from Germany who have been successful in the Europa League, with Eintracht Frankfurt having surprised many with their displays in the 2018/19 edition of the tournament. With men like Luka Jovic, Sebastien Haller and Ante Rebic all having featured in attack, the club got to the semi-final stages of the competition before being beaten by Chelsea in a penalty shoot-out, having beaten the likes of Inter Milan and Benfica to get to that stage.

The 2017/18 Europa League edition saw Red Bull Leipzig reach the quarter-final stages, although they were overpowered by eventual finalists Olympique de Marseille that year, whilst Schalke 04 reached the same stage the year before that, beating Borussia Monchengladbach in the process.

The last team from the Bundesliga to have won the Europa League was when it was still known as the UEFA Cup, with Schalke 04 being crowned champions in 1996/97. The closest a team has come since then was when Werder Bremen finished runners-up in 2008/09, after they were defeated by Shakhtar Donetsk.

History Not On The Side Of Bundesliga Outfits

Therefore, history does not necessarily appear to be on the side of German outfits when it comes down to the Europa League tournament. However, the three teams involved could be the ones to help finally break that awful record and bring the trophy back to the country for the first time in 15 years.