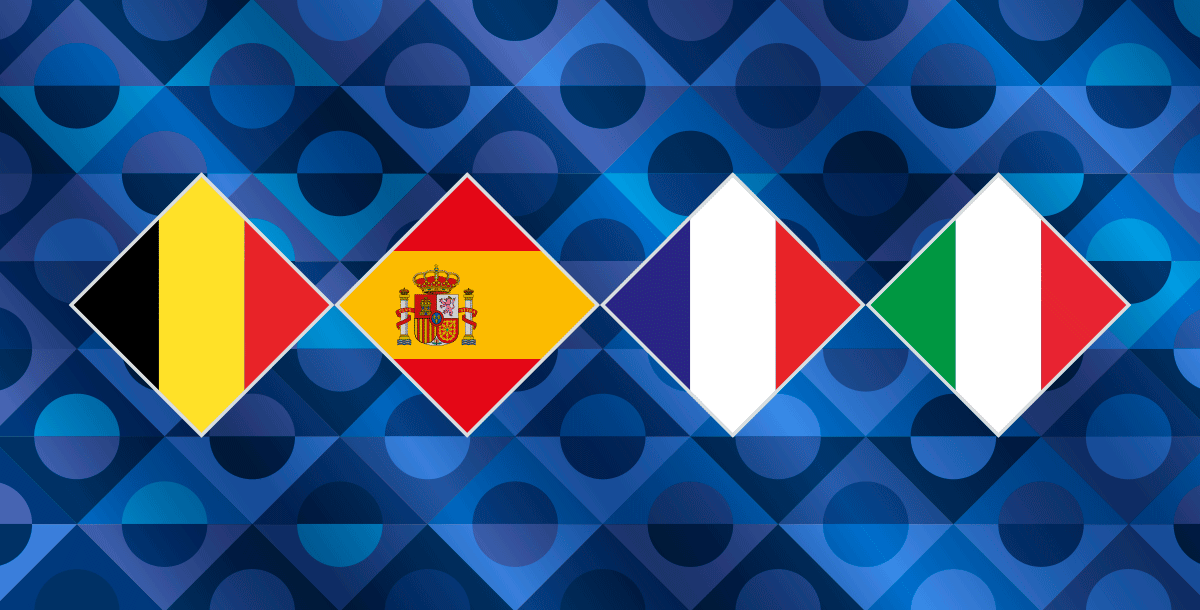 November saw the conclusion of the 2020 UEFA Nations League group stages and matchday 5 and 6 did not fail to impress as there were a number of surprises, shocks and joyous moments that were had.

The finish of the football tournament for many of the nations meant they would know where they would be placed in regards to the Leagues for the next edition of the UEFA Nations League, however some still have some unfinished business as four of Europe’s best national football teams vie for glory when the competition returns in October 2021.

Nations League 2020: Round 3 Results Of League A

Nations League 2020: Round 3 Results Of League B

One of the most obvious shocks to have happened in the final two matches of the 2020 UEFA Nations League competition was Germany’s annihilation at the hands of Spain. The former FIFA World Cup winners needed to beat La Roja to ensure they would advance to the mini-knockout tournament to be within a chance to add another trophy to their collection, however the Spanish took their place instead as they managed to demolish them with an emphatic 6-0 victory on the Nations League 2020 matchday 6 that no-one had seen coming. Manchester City’s football player Ferran Torres was one reason why Die Mannschaft were undone, as he bagged an impressive hat-trick!

As mentioned, Spain will be advancing to the final round of the 2020 UEFA Nations competition next October and they will be joined by hosts Italy, Belgium and France in the final two football games to be played before an overall winner is declared.

There have been a number of movers within the football competition though at various levels, with Austria, Czech Republic, Hungary and Wales each getting the opportunity to compete against some of Europe’s best when they join League A in the next edition of the football tournament.

It was a 2020 UEFA Nations League to forget for Bosnia & Herzegovina, Iceland, Sweden and Switzerland as all four were relegated from League A and will be playing in League B next time around.

Montenegro, Armenia, Slovenia and Albania will join them in League B after winning promotion from League C, whereas Northern Ireland, Slovakia, Turkey and Bulgaria will head in the opposite direction after disappointing campaigns in the 2020 UEFA Nations League.

The Faroe Islands and Gibraltar enjoyed huge success as they managed to win promotion from League D, whilst Moldova, Kazakhstan, Estonia and Cyprus will all fight against each other in a play-off relegation battle as they look to keep their place in League C and not be demoted.

Borussia Dortmund’s Erling Braut Haaland was the 2020 UEFA Nations League competition’s top goalscorer as he managed to bag 6 goals in the 5 matches played (as their match against Romania was cancelled). However, Romelu Lukaku could still overtake him as the Belgium international will likely be involved in the final stages of the football competition and already has 5 goals to his name so far.

Israel’s Erhan Zahavi also managed 5 in the football competition as his hat-trick in the second round of the 2020 UEFA Nations League competition catapulted him up the charts but he failed to add to that tally when they played against the Czech Republic and Scotland this month.

Rather impressively, there were 362 goals to have been scored in the 160 group matches that were played in the football competition and more will only be added to that overall total when the final games are played.

Although the latter stages of the 2020 UEFA Nations League competition have not yet been determined, there are a number of great football teams still involved that will ensure that the tournament remains as interesting and as competitive as ever.

As mentioned, Italy will be involved and considering that they are hosting the final – with each game to be played at the San Siro, Milan – they may well have to be considered one of the favourites to lift the title of the second UEFA Nations League.

However, it would be wise to keep an eye on what these nations do when the rescheduled 2020 European Championships finally take place, as this could be a great way to spot what might just happen when these teams meet in October 2021.Read the latest about the UEFA Nations League here at BundesligaSport and read some predictions for the final four of the football tournament.