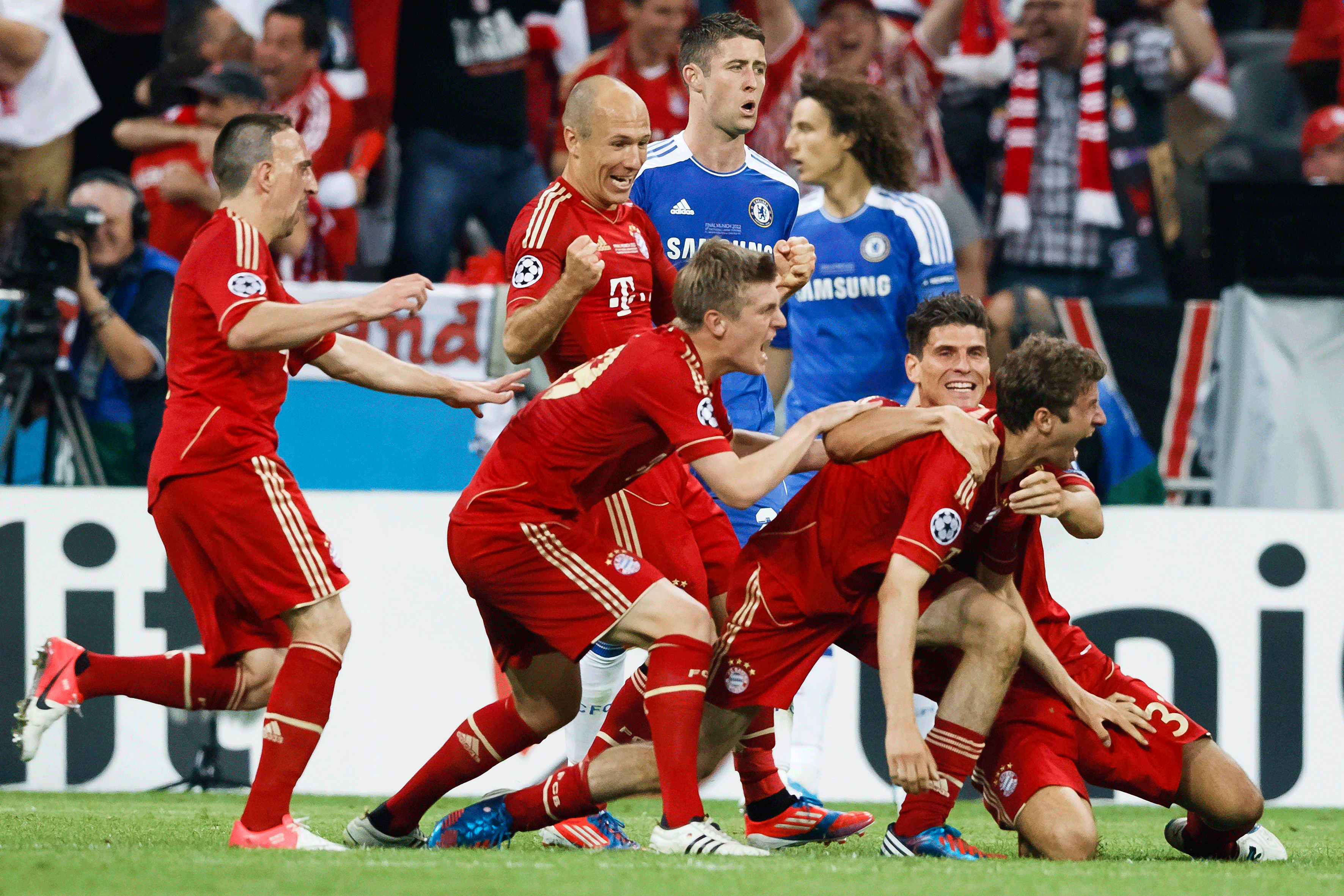 There have been a number of occasions whereby a German club has been able to reach the Champions League final in the modern era, however things have not always ended up too well for them results-wise. In fact, it would seem that teams crumble under the pressure of the bright lights and huge crowds the tournament brings, with matches providing more defeats for them than victories.

Of course, it is probably no surprise to learn that Bayern Munich have managed to play the most UCL finals over the years, however they have only been able to win once out of at least four different meetings, which is hugely surprising, especially considering the squads that they have been able to assemble over the decades.

So, despite the defeats, what are the most memorable squads to have taken place in the Champions League final for German clubs? Who have been the key players and what happened in those games?

Perhaps one of the most famous Champions League finals to have ever taken place, Bayern Munich were on the wrong end of a result that will be remembered by almost everyone from England and Germany, at least.

The Bundesliga giants appeared to be heading for the title when Carsten Jancker (who was arguably one of the best strikers in the world at the time) provided them with an early lead in the 6th minute at the Camp Nou in Barcelona.

However, the Red Devils managed to get two late goals in stoppage time via Teddy Sheringham and Ole Gunnar Solskjaer to give the English behemoths the famous win and shock the German club to their core.

No-one could see that result coming, especially considering that the Bayern squad was full of incredibly talented players including the likes of Oliver Kahn (one of the best goalkeepers to have ever played), a defence with Lothar Matthäus and Markus Babbel, a midfield of Jens Jeremies and Stefan Effenberg, as well as Jancker and subs Mehmet Scholl and Hasan Salihamidzic.

Another final against another English team, however the same outcome as just over a decade ago. Bayern were beaten on penalties by Chelsea when the game was played at the Allianz Arena – the German’s own stadium.

Things, again, looked to have been won when Thomas Müller netted what must have felt as the winning goal in the 83rd minute, however Didier Drogba managed to equalise with minutes to go. Extra-time could not break the stalemate between the two clubs, therefore the Champions League final had to be decided on penalties, with the Ivorian deciding things after Ivica Olic and Bastian Schweinsteiger both missed from 12 yards. Die Roten would have been confident with spok-kicks, as they had beaten Real Madrid via the use of this method in the semi-final stages.

Mario Gomez had been one of the leading goalscorers of the tournament (with 12) whilst Franck Ribery had five to his name, however both men remained ineffective against the Blues, adding to the disappointment.

An all-German club final in the 2013 edition of the Champions League final meant the country would finally get a team winning the title for the first time in a while. With fierce rivals Bayern and Dortmund going up against each other at Wembley, Die Roten managed to overcome the challenge with a 2-1 victory and avenge their disappointment from the previous year’s spectacle against Chelsea.

Mario Mandzukic and Ilkay Gundogan had the scores level heading to the final whistle, however an extremely late goal in favour of the Bavarians finally meant they would be able to experience the ecstasy of such a moment rather than the deflation it provides when Arjen Robben slammed home.

With the squad they had, some would argue it was one of the best teams they have ever been able to assemble and Jupp Heynckes needed a lot of praise for being able to get the best out of them, as they saw off the likes of Juventus and Barcelona with ease in previous knock-out rounds.

Borussia Dortmund, led by Jurgen Klopp at the time, also had one of their strongest squads, with the likes of Gündogan, Marco Reus and Robert Lewandowski all featuring – with the latter having become a Bayern legend after joining them in 2014. This was definitely one of the top UCL finals played by german teams and it’s unforgettable.

One of the Champions League finals to have included a team from Germany, but not Bayern Munich, was the 2001/02 edition of the competition. Bayer Leverkusen managed to work their way to the biggest spectacle in continental club football in impressive fashion and set themselves up with a tie against Real Madrid at Hampden Park, Glasgow.

However, the experienced Spaniards took a very early lead through Raul and shook the Bundesliga outfit, before Lucio managed to make the tie all-square again a handful of moments later.

Nonetheless, and probably one of the most iconic moments in a final, Zinedine Zidane scored his world-famous volley and provided Los Blancos with the title, leaving Bayer empty-handed.

The German outfit had a number of talented players in their team that would go on to be superstars, with the likes of Michael Ballack, Bernd Schneider, Oliver Neuville and Dimitar Berbatov all playing at the highest levels possible.