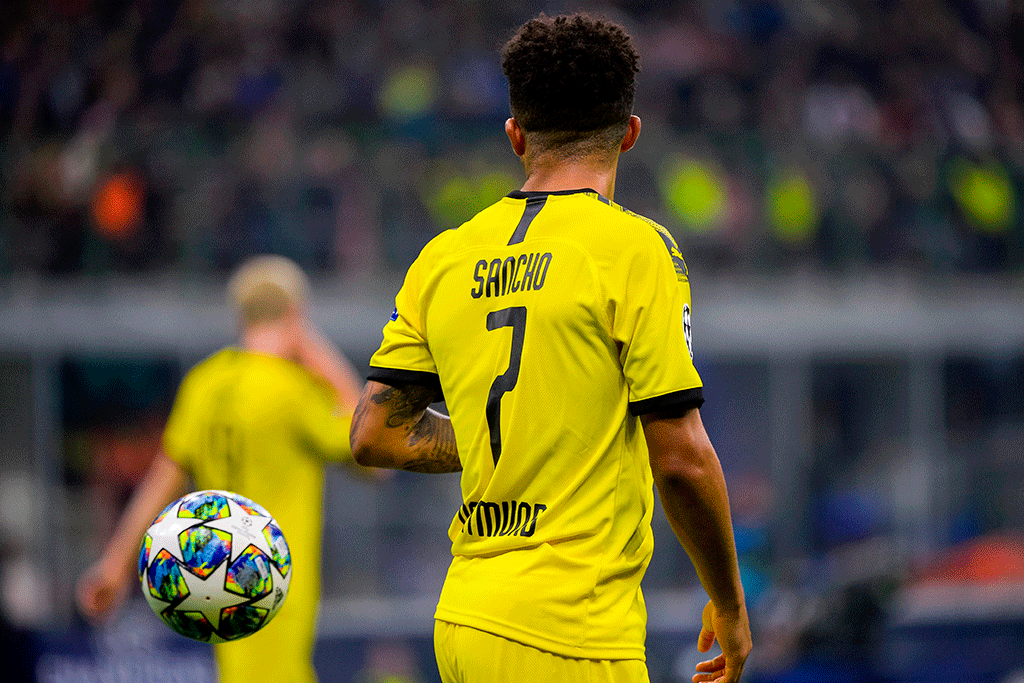 Borussia Dortmund have certainly earned themselves a reputation over the last few years as a football team that can pick out gems from the rough and turn them into diamonds. Die Borussen have managed to pluck unknown talent for relatively small transfer fees – or even without having to pay a single cent – and have been able to develop them into football players that can command fees that are astronomic.

Sporting Director, Michael Zorc, certainly has to take a lot of the credit for the way BVB handle their transfer business these days as he hardly appears to put a foot wrong. Men that have arrived whilst he has been in charge have included Ousmane Dembélé, Christian Pulisic, Jadon Sancho, Giovanni Reyna, Erling Braut Haaland and more recently, Jude Bellingham.

What has been truly incredible, though, with these transfers is the fact that Dortmund have been able to make so much profit from their ability to develop them into the quality footballers that they are, that it will have only made almost every other football club in the world envious.

“We try to find these extraordinary players when they are not at their peak” Zorc revealed when signing Haaland, and by creating a successful culture of developing the best young football talents and turning them into world-beaters, Dortmund have become a destination of choice for the brightest prospects in the game.

Ousmane Dembélé was bought for just £14 million from Rennes and sold the following year after just one incredible season later, to Barcelona for £112 million.

Christian Pulisic was acquired on a youth contract, therefore requiring little-to-no transfer fee and was later sold to Chelsea for a mammoth £58 million.

Jadon Sancho might still be a BVB player for the time being, however he was only signed up from Manchester City for just £7 million. Recent reports have suggested that Dortmund could be in line to receive around £90 million plus potentially even more through bonuses if he joins Manchester United as expected.

Giovanni Reyna is a similar story to fellow American, Pulisic, in which the footballer was acquired as a youth prospect and has already started to make waves with the first-team football he has been exposed to whilst at Signal Iduna Park. It would not be a surprise if he were to fetch the Bundesliga outfit a healthy profit, either.

Everyone already knows what Erling Braut Haaland can do in front of goal, however he was believed to have chosen Die Borussen because of their track-record strategy of developing football players even further and propelling them into the stratosphere as one of the world’s greats in the near future. The same could be said about Jude Bellingham as interest was not in short supply for the young Englishman, either.

Jude Bellingham: The Next Big Sell

Dortmund spent big on Bellingham transfer as they completed a deal thought to be worth over £30 million if he develops as well as Zorc perhaps will feel he can. At just 17-years-old, though, it would not be a surprise if the football player followed the footsteps of Sancho and became a whole lot more valuable in the transfer market a few years down the line.

Zorc certainly likes what he has seen so far: “Jude Bellingham confidently chose BVB and, of course, was primarily concerned with the sporting perspective that we showed him.”

“He has enormous potential that we want to develop with him in the coming years. He already has a surprising amount of quality in his own possession as well as against the ball, and on top of that, the player also has a strong mentality.”

“We immediately see Jude as a reinforcement for our professional squad, but of course we will also give him the time to get used to the higher level.“

The transfer strategy is clearly working for Borussia Dortmund and if things continue as they are, it would not be a surprise to see even more football clubs looking to follow this particular model in the very near future.