Incredible talent: Jadon Sancho’s Decision Is All We Are Waiting For 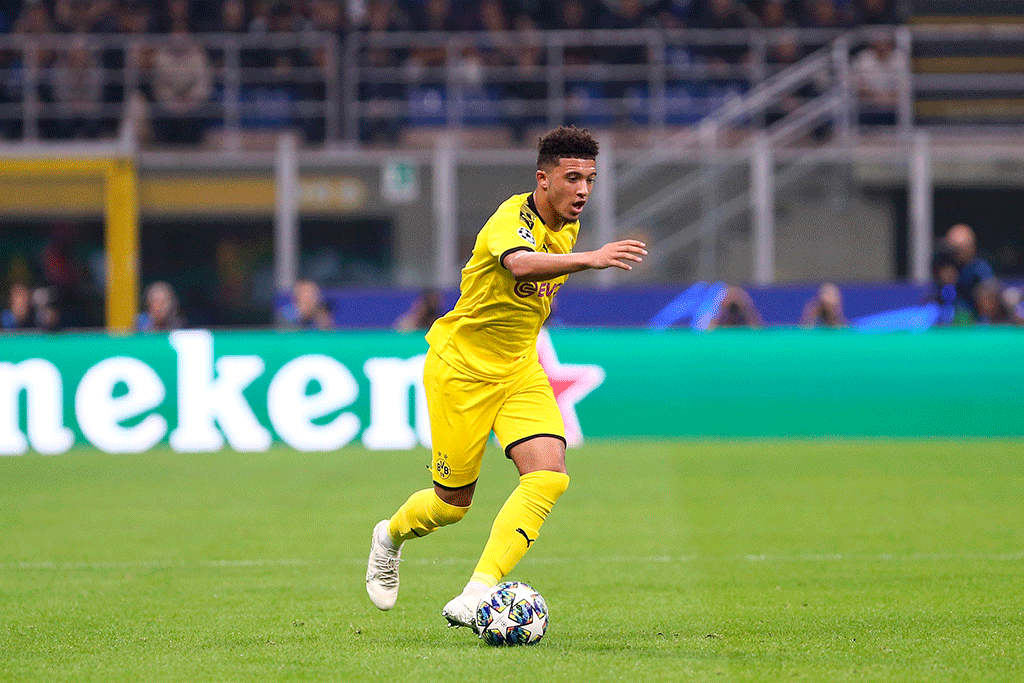 20 year old Jadon Sancho is currently one of the biggest talents in the Bundesliga. The parents of the English national player are from Trinidad&Tobago, but Sancho was raised in England and developed first by Watford and later on by Manchester City. After his transfer to Borussia Dortmund, he fully exploded.

In 2017 Jadon Sancho left the youth team of Manchester City and came to Borussia Dortmund who were ready to pay seven million Euros for the then unknown Jadon Sancho. In October of the very same year, Jadon Sancho made his debut in Bundesliga when he was substituted in against Eintracht Frankfurt. Already in the 2018/19 season Jadon Sancho became one of Dortmund’s most important players, being the only player that player all 34 Bundesliga games. He produced 12 goals and 17 assists. In the current season, he has 14 goals and again 17 assists in only 25 games. Besides, he has already played 11 times for the English national team.

About Jadon Sancho’s style we can say that he is a spectacular player. His speed sticks out as much as his technical skills. He is very difficult to stop in dribbling. In the same time, he is able to take the right decisions and plays very mature despite his young age. These characteristics combined with his output make him popular with the fans. Thus, his market value is being estimated to 117 million Euros by transfermarkt.de. It is expected that Jadon Sancho will break a transfer record for the Bundesliga when he leaves the team.

Having in mind that Jadon Sancho produces such fantastic numbers in such a young age and does not need time to develop, he is already interesting for almost every club in the world. There are rumours that Bayern Munich are interested in buying Jadon Sancho. The German record champion are searching for a replacement for their legends Arjen Robben and Franck Ribéry. Jadon Sancho certainly has the talent to be a great replacement for these dominant players from the past.

There are barriers though. On the one hand, Borussia Dortmund will not want a transfer within the Bundesliga. They were not pleased in the past when Mario Götze, Robert Lewandowski and Mats Hummels went to Bayern. Thus, Borussia Dortmund will surely try to sell Jadon Sancho abroad. On the other hand, the high price for Jadon Sancho could be a problem as well for Bayern Munich. The club has the money, but their strategy is somewhat more conservative than other European competitors. Thus, we should not expect Bayern Munich to pay a price higher than 100 million Euros for Jadon Sancho. It is much more likely, that Bayern Munich will try to buy Leroy Sané from Manchester City as their new winger.

Additionally, it is quite probable that Jadon Sancho will not have any interest in staying in Germany. He is originally from England and could be tempted to show his skills in the Premier League. The Premier League has the reputation of being the best league in the world. This means that it does make sense for Jadon Sancho to make a move to a Premier League club.

From a football standpoint, Liverpool are an attractive destination. The team of Jürgen Klopp is the benchmark in the Premier League right now. On the wings, Liverpool are strong with Sadio Mané and Mohamed Salah though. A transfer of Jadon Sancho could end in a system change. It remains unclear whether Jürgen Klopp would want to take such a risk and pay so much money for this risk.

Another top club who might be interested is Chelsea London. Coach Frank Lampard would be pleased to work with such a great player like Jadon Sancho. The young team surely suits Jadon Sancho and his skillset. There is a question mark concerning Chelsea’s willingness to pay the transfer fee though. In the past few years, Chelsea’s transfer strategy has changed, as they look for more young players now. It would be well worth the money though to acquire Jadon Sancho.

Outsider chances are there for Tottenham Hotspur and Arsenal London.Especially Arsenal could get the star they desperately seek in Jadon Sancho. Also, a transfer to Paris St.Germain, Juventus Turin or to Spain to Real Madrid or FC Barcelona can be a possibility. A move to England seems more probable though.

Last Season In The Bundesliga

For the Bundesliga, it would be a pity if Jadon Sancho left. The league would certainly lose a great attraction. Knowing Borussia Dortmund, the club will surely find a way to use the money they get for Jadon Sancho and find new talents. Nonetheless it would be great, if this great player would stay a little while longer. There is the slight hope that the club will be more cautious this year because of the Corona-crisis which could result in them spending less money. If Dortmund do not get a fitting offer, it is possible that they keep Jadon Sancho one year longer. For the German football Fans, this could be a great scenario as they could watch this great player one year longer.