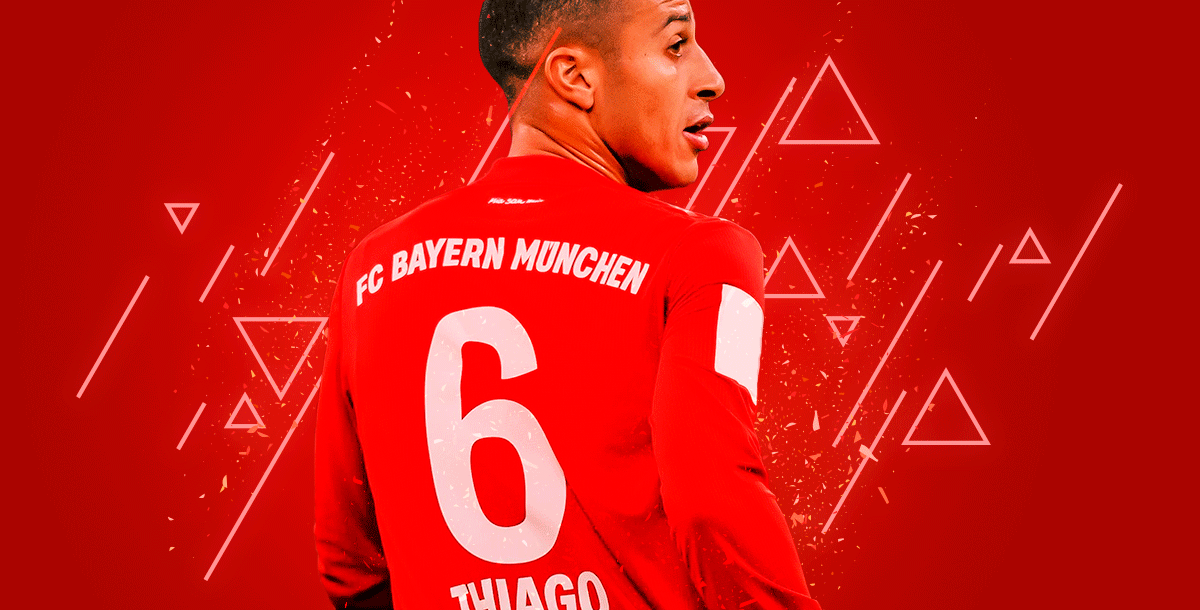 Thiago Alcântara completed a move from Bayern Munich to Liverpool in the summer transfer window in a switch that he called one of the most difficult decisions that he has ever had to make.

Indeed, the Spanish football player became a wanted man by the Reds and with the performances that he managed to produce for Die Roten, it was no surprise that they were keen to bring him in for the 2020/21 Premier League campaign.

The praise surrounding Thiago has been of the highest order for a number of years, and he will likely go down as one of the many greats to have ever featured for Bayern Munich in the midfield – which is no mean feat considering that they have had a plethora of talented football players playing for them in that area of the pitch.

The 29-year-old spanish footballer has become one of the most successful midfielders to have ever played football, with the vast majority of his honours having come whilst at the Allianz Arena. Thiago Alcântara managed to win seven Bundesliga titles in a row, whilst he also managed to pick up a Champions League winner’s medal in his final appearance for the club as well as four DFB-Pokals.

During his seven-year stay in Munich, Thiago Alcântara managed to make 235 total appearances for Die Roten – with 150 of those coming in the Bundesliga – and managed to score 31 goals and provide 37 assists. Not that bad considering he is rather defensive minded.

However, that is where he is in his element as he has a super-human ability to conduct the game with ease, whilst also being able to pick out the right pass at the right time and get his side into dangerous positions in an instant – something Jurgen Klopp’s Liverpool will certainly be looking forward to seeing Thiago Alcântara do for them in the Premier League.

Life in England and the Premier League has already started well for the Spain international as well, as his first 45 minutes in a Reds’ shirt proved to be record-breaking. Thiago Alcântara managed to make the most passes in a half of football when the club visited Chelsea at Stamford Bridge in September.

There may have been some doubts as to whether he would have initially been able to produce the amount of success for the Bundesliga football giants when Thiago Alcântara first arrived, however there have been key factors to suggest he would be successful from the beginning.

It perhaps should not be a surprise at just how talented the multicultural footballer is, though, considering his family roots. Born in Italy, Thiago Alcântara was raised in Spain by his Brazilian father – 1994 FIFA World Cup winner Mazinho – and his brother, Rafinha, who remains at FC Barcelona but chose to follow his father in regards to representing Brazil at international level.

Pep Guardiola spoke highly of him in 2013, further highlighting just how talented Thiago Alcântara is and how highly regarded within the game he is. Upon joining Bayern Munich as manager, Pep said: “I spoke to the club and told them about my concept and told them why I want Thiago. He is the only player that I want. It will be him or no-one.“

Indeed, Thiago Alcântara’s next challenge presents a new opportunity for him, with his move to Liverpool likely to throw him into a new spotlight and provide him with, arguably, a more intense adventure in the Premier League. Nonetheless, the 29-year-old football player has been superb in La Liga and the Bundesliga, so there will be a degree of confidence that Thiago Alcântara will step up to the demands of the Premier League without any issues; especially as life in the division has already been exceptional despite his extremely limited action so far.