Which Champions League Team Should I Support? 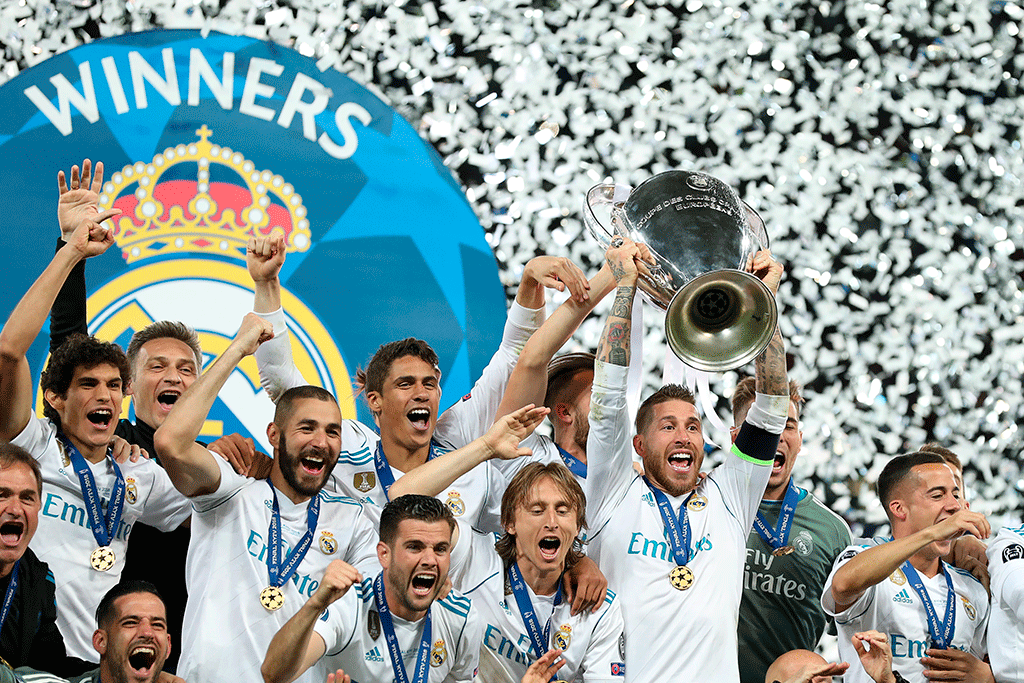 With the Champions League set to make its return to our television screens, many might be wondering what football team they should be looking to support and get behind as their main love is not involved with the competition.

However, rooting for another football club can be an incredibly difficult thing to do for some, as allegiances may feel torn, whilst others may simply not have any idea as to who they should look to support in the final stages of the UCL.

This article aims to help you to make a choice by detailing all the important information about the team’s chances in the 2019/20 edition of the Champions League such as top players to keep an eye on and how far they could go whilst also trying to match them up to a particular personality trait one may have.

Jumping on the bandwagon.

For those that love to support winners and just want to jump on the bandwagon once it gets rolling, Bayern Munich are the perfect football club to support. The German team have effectively already got one foot in the quarter-finals of the Champions League of 2020 and will be heavily favoured by many to go on and win the competition.

With men like Serge Gnabry, Robert Lewandowski, Thomas Müller and Alphonso Davies all playing starring roles for Hans Flick’s football team, it would certainly be hard to see this bandwagon being brought to a halt anytime soon, especially after an impressive restart to action following the global pandemic.

Whilst Chelsea Football Club may be a side that are thought of as a contender for the title on occasions, the 2019/20 edition of the Champions League does not provide them with much hope, therefore they are a side for those that like to believe in miracles.

A 3-0 defeat to Bayern Munich in their first leg at Stamford Bridge has put Frank Lampard’s side in serious jeopardy of going out of the UCL in the Round of 16, meaning men such as Christian Pulisic, Olivier Giroud and Mason Mount will see their tournament end a little too prematurely for their liking.

For those football fans that love to look at spreadsheets, tactical graphs and the tactical side of the game in detail, Manchester City could be the perfect club to support in the latter stages of the Champions League.

With Pep Guardiola putting on coaching masterclasses almost every time his side takes to the field, fans will expect to see nothing less than a football lesson being produced on the pitch and one whereby they will be able to learn even more. The club also continue to look for their first UEFA Champions League title as well, with men like Kevin De Bruyne, Raheem Sterling and Phil Foden all putting in quality displays since the restart.

For those that just want to see Football Manager’s cheats code replicated in real life, Real Madrid is the football club to follow with the Galacticos dream team. Although they didn’t overturn a 2-0 deficit against Manchester City, Los Blancos have shown they can win and do it well when the pressure is on.

The Spanish football team have won the most Champions League titles since the competition was formed, with 13 in their trophy cabinet so far, whilst they have also been one of the most successful sides in club football. When Zinedine Zidane has men like Karim Benzema, Toni Kroos and Eden Hazard in his ranks, winning has been embedded within his squad and football fans expect nothing less.

Before Real Madrid started running away with the Champions League titles, Italian football teams used to have their fair share of winning the UCL. Juventus may have only had two successes in their history, however they have managed to reach no fewer than nine finals. Therefore, for traditionalists, the Black-and-White striped Serie A giants might just be worth supporting.

With men like Cristiano Ronaldo, Gonzalo Higuaín, Paulo Dybala and Fernando Bernadeschi all being available in attack, the Old Lady team will be gunning for their third title and Maurízio Sarri will want to add to his own personal collection as a manager as well.

If sport has taught anybody anything over the years, it is that many like to root for an underdog and clamour for a feel-good story. For those football fans looking to feel those emotions, Olympique de Lyonnais certainly provides the best chance of those feelings being realised.

The Ligue 1 team are one of the competitions biggest surprises and have already surprised Juventus with their first-leg encounter as they managed to record a 1-0 victory in their previous meeting. With football stars such as Moussa Dembélé, Bertrand Traoré, Houssem Aouar, Memphis Depay and Bruno Guimarães in Rudi Garcia’s squad, Lyon certainly fit a side that have all the possibility of going as far as possible whilst being regarded an underdog on paper.

Let’s face it, there is always going to be someone who does not want to follow the best or the most popular football clubs. Therefore, Atalanta BC are the club to certainly satisfy that craving. The Italian’s have become incredibly successful in recent seasons under Gian Piero Gasperini as they continue to rise up the Serie A rankings.

Football fans will claim that they have followed I Nerazzurri prior to their Champions League start of three heavy consecutive defeats and were not surprised that they managed to overcome Valencia CF in the Round of 16 of the Champions League with relative ease. Josip Ilicic and Mario Pasalic might just become new cult heroes for those with the hipster personality trait.

Have more money than you know what to do with it? Like spending it as if it is going out of fashion? Want to try and buy your way to the top just like you do in Football Manager? Paris Saint-Germain is the team for you, then. The Parisian football team splashed out mega-amounts on men such as Kylian Mbappé and Neymar Jr. perhaps solely for the reason to win the Champions League.

An encounter with Atalanta BC (on paper) might be one of their best chances of keeping that dream of acquiring their first elite European club title alive.

There is no doubt that RB Leipzig football team have provided some of the most exciting talents within football over the years, which has helped make them one of the most exciting prospects to watch. Whether it be Julian Naglesmann as manager or men like Timo Werner, Dayot Upamecano or Emil Forsberg, there has certainly been something to keep footbal fans maintaining a keen interest in them.

For those who can grow a pair of “huevos”.

Do not want to pick the best team to support but do not want one of the teams without a chance? Atlético Madrid are the club to follow, then. The Spanish football team might not be as big as some of their Spanish counterparts, although they deserve to be in race to win the competition in their own right.

Of course, Diego Simeone’s side managed to dispatch current holders Liverpool in the Champions League’s round of 16, with key performances from Saúl Ñíguez, Álvaro Morata, Koke and Diego Costa. They have never won the tournament, however they have reached multiple finals in recent years, as well and are without doubt warriors.

Much like Real Madrid and Bayern Munich, if you want to pick a team because you just crave the glory and want to boast about it for as long as possible, picking FC Barcelona would be a wise decision for those following the UCL.

The Catalan giants are famed for being one of the best football clubs to have ever been formed and have a history of achieving success. Although they still have some work to do and have had a rather disappointing 2019/20 campaign, Quique Setién, Lionel Messi and co will be wanting to restore some glory back to the Camp Nou behemoths and there is no bigger prize in club football than the Champions League.

Method to the madness.

If you have an approach that just screams that there is a method to the madness, then SSC Napoli could well be the football team that needs to be followed in this Champions League edition. The club’s chairman, Aurelio De Laurentiis, is famed for having made some mad quotes and completing business deals in irrational methods, but continues to get the job done.

With men such as Lorenzo Insigne, Dries Mertens, Kalidou Kouliably and a head coach in the explosive Gennaro Gattuso, then those that just like a system whereby chaos works could have the perfect club to follow.