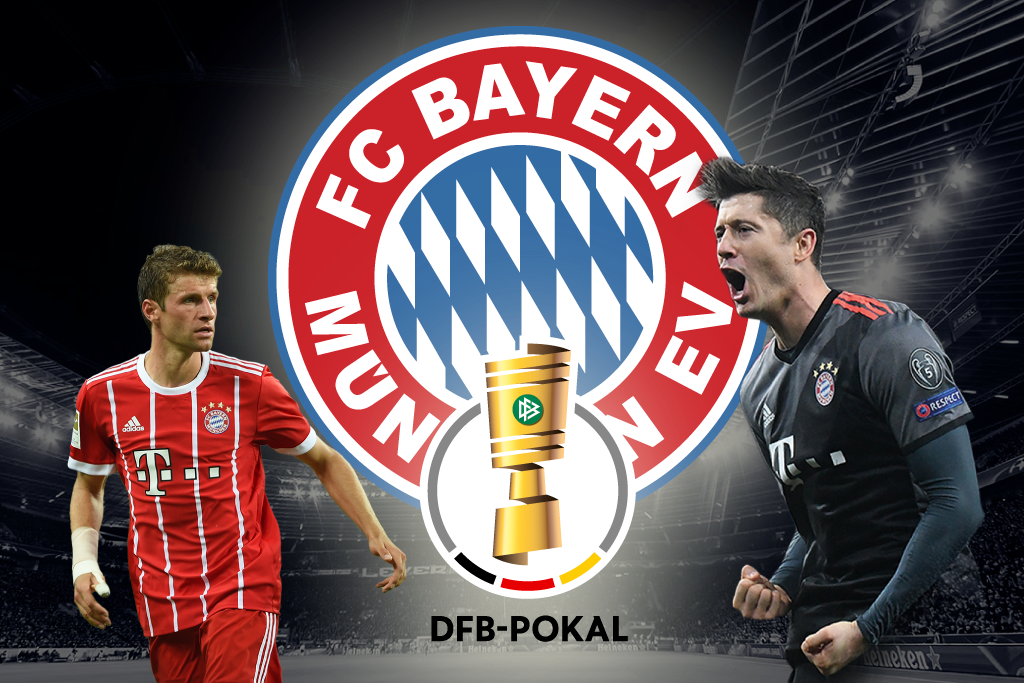 What Is The DFB-Pokal?

The DFB-Pokal Cup competition is Germany’s top domestic cup competition that sees 64 teams compete for the prize. The tournament sees all of the Bundesliga and 2. Bundesliga outfits take to the field, as well as the four top 3. Bundesliga clubs from the previous season, whilst 24 teams represent the regional associations of German football.

Winners of the tournament will qualify for a spot in the Europa League for the following campaign, however if the competition is won by someone who has already qualified for continental competition, the team to finish in the next available spot in the Bundesliga will receive the spot instead.

The tournament has been won by Bayern Munich the most times, having claimed the title on 20 occasions and retained their status as champions after winning the 2019/20 edition of the tournament.

How Is The Competition Drawn:

The draws for the different rounds were conducted as follows:

In the first round, the participating teams are divided into two pots with 32 teams in each group. The first pot includes all teams qualified for the regional cup competition, the best four teams from 3. Liga and Bundesliga 2’s bottom four teams. Each team in this pot is drawn against a team in the second pot, which contains all remaining professional teams (all teams in the Bundesliga and the remaining 2 2. Bundesliga teams). In this process, the team from the first pot is set as the home team.

The two-pot scenario also applied for the second round, with the remaining 3. League teams and / or amateur sides in the first pot and the remaining Bundesliga and 2. Bundesliga teams in the other pot. Once again, the 3. League and / or amateur team (s) served as hosts. However, this time the pots did not have to be the same size, depending on the results of the first round. Theoretically, it was even possible that there could only be one pot, if all the teams in one of the pots in the first round beat all the others in the second one. Once one pot was empty, the remaining pairs were drawn from the other pot, with the first team drawn for a match serving as hosts.

For the remaining rounds, the draw was conducted from just one pot. Any remaining 3. Liga and/or amateur team(s) were the home team if drawn against a professional team. In every other case, the first-drawn team served as hosts.

With the way the draw is conducted, there are always the possibilities of a number of upsets being recorded, and there were certainly some close calls within the first round. SC Veri beat FC Augsburg 2-1, 1. FC Kaiserslautern beat FC Mainz 05, whilst TSG 1899 Hoffenheim and VfL Wolfsburg both needed either extra-time or penalties to get past non-league opponents. Bayern Munich started their tournament with a 1-3 win against Energie Cottbus.

The second round of the DFB-Pokal saw 1. FC Koln humiliated by lower league opposition, when 1. FC Saarbrucken recorded a shock 3-2 victory, whilst every other fixture went the way it would be expected. Bayern beat VfL Bochum 1-2 to continue their ascent to the title.

The Round of 16 saw Borussia Dortmund knocked out of the tournament by Werder Bremen (2-3) whilst Red Bull Leipzig were beaten by Eintracht Frankfurt 3-1. Saarbrucken continued their incredible campaign in the competition as they managed to progress to the quarter-finals with a 5-3 penalty success against Karlsruher SC. Bayern Munich played out a 4-3 thriller against TSG 1899 Hoffenheim, with Robert Lewandowski bagging two goals to provide the difference.

The quarter-finals saw Saarbrucken continue their incredible run and set up a semi-final against Bayer Leverkusen as they beat Fortuna Dusseldorf on penalties 7-6 after the game finished 1-1 in normal time. Bayern beat Schalke 04 0-1, whereas Leverkusen saw off Union Berlin with a 3-1 victory, whilst Eintracht Frankfurt got the better of Werder Bremen with a 2-0 victory.

Unfortunately, the semi-finals were the end of the fairytale story for Saarbrucken, as they were beaten by Leverkusen 0-3 in the first DFB-Pokal match to be played following the resumption of the season after the Coronavirus outbreak.

Bayern Munich managed to overcome Frankfurt with a 2-1 win, with Lewandowski proving to be in his usual form in front of goal, whilst Ivan Perisic provided the winner after Danny Da Costa levelled the tie.

The final of the 77th DFB-Pokal competition was played between Bayer Leverkusen and Bayern Munich on the 4th July and resulted in Die Roten lifting their 20th title after a 2-4 victory. Yet again, prolific Polish forward Lewandowski continued to be the difference as he fired another double in the tournament, whilst David Alaba and Serge Gnabry got the Bavarians off to the perfect start.

Top Players Of The Tournament

In what would have been no surprise, Robert Lewandowski finished the top goalscorer of the tournament, with six goals to his name, with Fortuna Düsseldorf’s Rouwen Hennings second with four. 11 men finished on a total of three goals, including Frankfurt’s Ante Rebic.

With the form of the German giants, it would be difficult to bet against Bayern Munich being crowned the DFB-Pokal Champions once again when the tournament takes place in the 2020/21 season, as they do not appear to be a side keen to slow down any time soon.

With the addition of Leroy Sané to their attacking ranks as well, Hans Flick’s side will be even more of an attacking threat and will pose even more danger to defences across the country.

However, the tournament has shown to throw up some shock results and produce a number of fairytale stories, with Saarbrucken only the latest side to have had theirs played out recently. With the format the way it is followed and each game a knockout, anything can happen on the day, despite it being incredibly difficult to look beyond Bayern Munich.