How Klopp Changed The Bundesliga 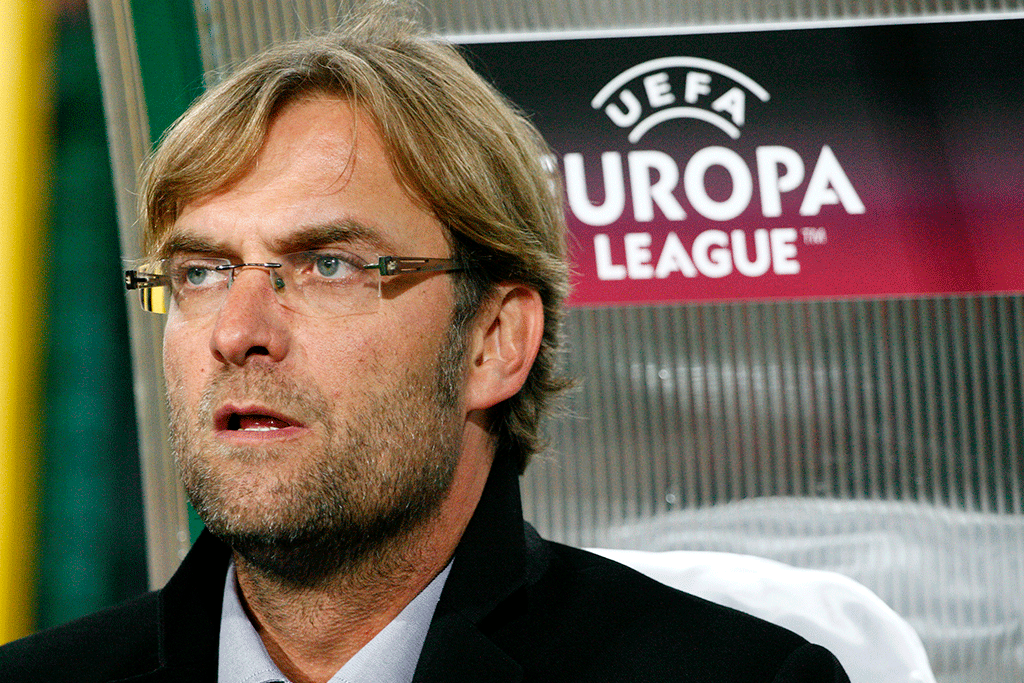 The story of Jürgen Klopp in the Bundesliga resembles a fairytale. Currently, he is one of the most asked coaches of the world. When he took over Mainz 05 in 2001, no one thought that this will be the case one day. The promotion to the Bundesliga in 2004 as well as strong results with Mainz led him to Dortmund, where the success story started.

Already in Mainz, Jürgen Klopp began to have a huge impact on the Bundesliga. The pressing system that his team played was revolutionary. Mainz were pressuring their opponents early on and forced them to play long, uncontrolled balls. In Mainz, this system was not as sophisticated as it was later on in Dortmund, but the roots were the same. After being relegated in 2007 and failing the promotion back into Bundesliga in 2008, Klopp decided not to extend his contract. He signed with Dortmund instead. Hamburg were interested as well, but ultimately decided against Klopp, as they were unsure about his physical appearance. Bayern Munich on the other hand decided to sign Jürgen Klinsmann as new coach, even though it is unclear whether Klopp was discussed at Bayern or not. In the end, it was Dortmund was lucky to get Klopp.

Before Klopp, Thomas Doll was in charge at Dortmund, but not particularly successful as they were fighting against being relegated. Klopp manage to stabilise the club instantly and reached sixth place at the end of his first season. The international places were missed though. A year later in the 2009/10 season, Borussia Dortmund was fifth and could thus qualify for the Europa League. Klopp had managed to get Dortmund into the high third of the table. He built a team with young, enduring and dynamic players. The pressing evolved as it became much more structured, but also more intense as well. Even the attackers positioned clever against the ball and attacked their opponents relentlessly.

The best part of his tactic was the Gegenpress. This word was established by Jürgen Klopp and describes the immediate pressure players put on the opponent after losing possession. This was done in such a structured and trained manner that we can call this revolutionary as well.

In the following, Dortmund was getting stronger and stronger. In 2010/11 they already won the Bundesliga, the first Bundesliga title for them since 2002. It got truly special in the following season, when Borussia Dortmund played a record breaking season and won the championship reaching 81 points, something that was never done before at that point. They crowned the season in the DFB Pokal final in Berlin, as Bayern Munich was beaten with 5:2. This was the first double in Dortmund’s club history.

Internationally, Klopp’s team also had his saying. At the beginning, the young team had some problems and lost games due to inexperience. In the 2012/13 season, they were strong internationally as well. In the quarterfinals, they beat Malaga in a dramatic fight. The semi-final against Real Madrid was even more exceptional, as the first leg could be won 4:1. Dortmund advanced to the Champions League final in Wembley against Bayern Munich, a game that marked the high point of the Klopp era in Dortmund. In what was an epic fight, Dortmund lost 2:1. Nonetheless Klopp’s team demonstrated its strength.

In the upcoming year, Klopp lost the cup final twice, once against Bayern Munich and once against Wolfsburg. In 2015, the Klopp era ended in Dortmund. Even then, his influence in the Bundesliga could be sensed. Today, it is much more obvious how he changed the Bundesliga.

After Bayern Munich was beaten by Dortmund in the cup final in 2012 with a 5-2 loss, Bayern coach Jupp Heynckes decided to adjust the system. Bayern played much more pressing-oriented after that and showed a more aggressive and intense approach. With Mario Mandzukic, a striker who is known as a hard worker was acquired. Even the superstars Franck Ribéry and Arjen Robben were more involved in the team’s defence and helped out much more. After winning the ball, Bayern transitioned quickly into the attack and looked for a quick shot, another characteristic of Dortmund under Klopp. In a press conference, Klopp even accused Bayern Munich to steal his tactics. He said that Bayern would copy Dortmund “like the Chinese do”.

It did not stop just with Bayern as the ones copying Dortmund. Bundesliga quickly developed into a Pressing-league, in which every team knew the worth of this characteristic and showed more or less strong variations of this pressing tactic. Especially Bayer Leverkusen under Roger Schmidt executed the pressing in the most extreme way possible.

Even today, there are a lot of teams like Bayern Munich, Borussia Mönchengladbach or Bayer Leverkusen and RB Leipzig, who are strongly influenced by Klopp’s work at Dortmund. Surely, football has evolved further in the past years and also possession play gained more importance. Nonetheless, there are a lot of teams in Bundesliga in 2020 who define themselves as teams who play a structured and intense pressing game. Even teams from the lower third of the table are able to execute a high and aggressive pressing game. This is also due to Klopp.

It is also notable that Klopp played a special role in Germany during the world cup 2006, as he was an expert in German television. There, he educated the public and explained them the tactical details that could be seen, which led to a much higher value for tactics in German public. Even if Ralf Rangnick needs to be mentioned as well in this sense, as he did similar things in the 1990s, Klopp’s role is still quite special.

All in all, two championship and a cup win are quantifiable achievements of Klopp in Germany. His overall influence on football in Germany was much more than that. The execution of pressing and gegenpressing has left such a huge mark in Germany that retrospectively, it needs to be discussed where Klopp’s place in German football history is. The difference of the tactics of German teams is so huge that a differentiation in a pre-Klopp and post-Klopp era in German football surely will be supported by many. Jürgen Klopp has massively influenced the Bundesliga and will therefore always have his place in the German football history.