Top Bundesliga Wonderkids To Keep An Eye On 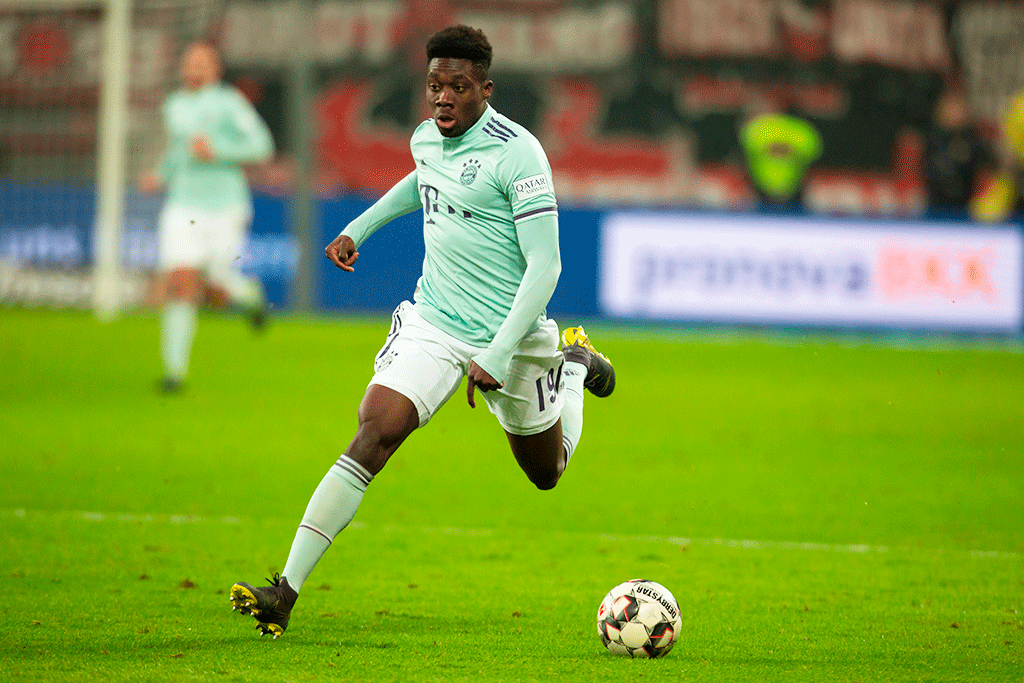 The term ‘Wonderkid’ is certainly a buzzword that has grown with significant popularity over the years in sport, with the word having almost become a staple of the football vocabulary.

How is Wonderkid defined? A simple definition would generally be a player who has all the possibilities to reach the top and has not yet reached 20; although it may be open to interpretation.

The choice of the best wonderkids can always be an interesting topic for both fans and experts, providing many healthy debates that can go on for a long time and never really get a unanimous judgment.

Of course, these players all have a phenomenal amount of talent and are expected to become superstars in the game as they continue to develop and progress even further than they have already managed to achieve.

The Bundesliga has a real knack of producing some of the very best players in world football at the moment, with the likes of Jadon Sancho, Kai Havertz, Timo Werner and Erling Braut Haaland having all continued their developments in Germany’s top league and have become some of the most exciting talents in the game.

So, who are some of the best wonderkids in the Bundesliga at the moment and who should be closely watched with anticipation, excitement and a buzz to see if they do make it all the way to the top?

The first of three wonderkids to be placed on this list from Bayern Munich, Alphonso Davies is a name known around the planet as one of the best players to have emerged in the world of football. The 19-year-old has extreme amounts of pace, being called ‘Road Runner’ by Thomas Muller after an impressive performance for Die Roten, but he also has an incredible amount of skill and ability with the ball that makes him a dangerous footballer.

The Canada international is also an extremely versatile individual and appears to have the unique ability of being able to play wherever his manager wants him to, with Hasan Salihamidizic stating he was a “diamond” and that he is “one of the best players of his generation”. With each performance, the north American certainly appears to back those viewpoints up.

A wonderkid list of the best talents in the Bundesliga was always going to have Erling Braut Haaland’s name on it. The Borussia Dortmund hitman has continued to set the world alight with his ability to find the back of the net on a regular basis and makes goalscoring look the simplest of tasks.

With his first season in the Bundesliga out of the way, the 19-year-old managed to provide BVB with an outstanding return of 13 goals in 15 top-flight appearances, netting a goal every 82 minutes of football he played. What’s remarkable was that he managed to achieve this feat in the second half of the campaign; just imagine what he can do with a full season under his belt.

Okay, Ibrahima Konate might be slightly older than 20, being 21, but that is where interpretation of the wonderkid term can play into the hands of football fans so well. The RB Leipzig’s french defender is truly one of a kind when it comes down to his defensive duties, as he makes life extremely challenging for opposition strikers.

6’ 4” of physicality, the centre-back has the strength, the positional awareness, the ability to play with the ball, as well as the football brain to make the right decisions quickly. It is as if he can do anything and everything he needs to do on the football pitch and accomplishes those tasks effortlessly. Virgil van Dijk might be considered the best central defender by many, but in time, Konate will certainly be in the discussion as his style of play looks similar to the world-class Dutchman.

Sarpreet Singh, a New Zealand international, seems to be an incredibly talented footballer who has all the attributes to go a long way in the game. At just 21 years old, the attacker has managed to thrive on Bayern Munich’s development team with seven goals and three assists in 20 games.

Born to Indian parents, the young man has started joining the first team more recently and it would not be a surprise to see him be provided more opportunities in the future, as his ability to control games with his vision, agility and dribbling are all of an extremely high standard.

The American teenager, Giovanni Reyna, is undoubtedly one to watch over and perhaps being former footballer Claudio’s son has helped him become the exciting prospect he is today.

His natural levels of fitness, his versatility, his work pace and the work he does off the ball have helped make him extremely exciting to watch and largely the reasons why he has managed to enter the Borussia Dortmund first-team in cup competitions.

Paulinho, a player who possesses all the typical Samba style expected of a Brazilian footballer, is one who fans should certainly be vigilant about. The young man has been nothing but emphatic for Bayer Leverkusen in a position that already has some of the best talents in football and he continues to dazzle fans and experts with his performances.

With rhythm, agility, style, creativity and a keen eye for goal, the 19-year-old will not only have the ball at his feet at the moment, but also the world. If he can continue to develop and improve as expected, Leverkusen will have a talented Brazilian in the colors of their club.

Another of the many Bayern Munich wonderkids currently playing in the Bundesliga, Joshua Zirkzee seems to be a really special talent. The Dutch U-19 international really burst onto the scene at the Allianz Arena when he graced the pitch with his skill.

The tall striker scored in each of his first two Bundesliga games, with two last-minute winners against Freiburg and Wolfsburg, respectively. However, in those two games, the 19-year-old had only played eight minutes combined. Bayern must be excited about what it could achieve if it were given more playing time.